This winter brought some interesting weather, to say the least. Recently, it was the record-setting snowfall for February, but before that it was post-Christmas rains and subsequent freezing. 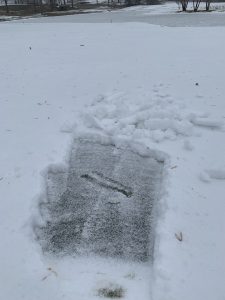 Oh boy, what have we here?

There are ice sheets on the golf course that I have not seen before, even on hillsides and cart path slopes. We also have ice layers from a half-inch thick to two inches thick on green surfaces. Early in January we scouted all the putting greens and determined that at least ten will need ice removal, once we hit the 60–90-day period of ice cover. At that point annual bluegrass can be negatively affected by lack of gas exchange from the smothering sheet of ice. Bentgrass can also be affected, but typically it takes a longer period of ice cover for that to happen – possibly as long as 120 days.

Helping greens through the winter 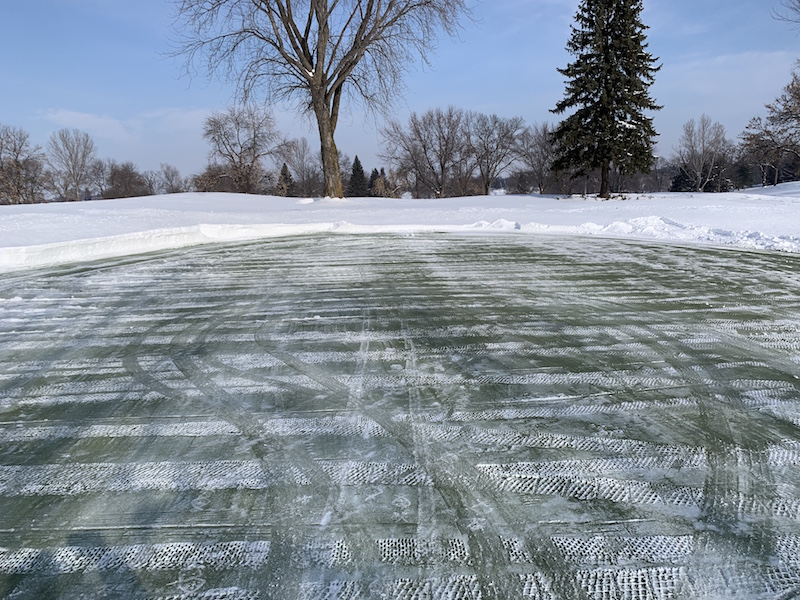 Now the greens can get some sunlight 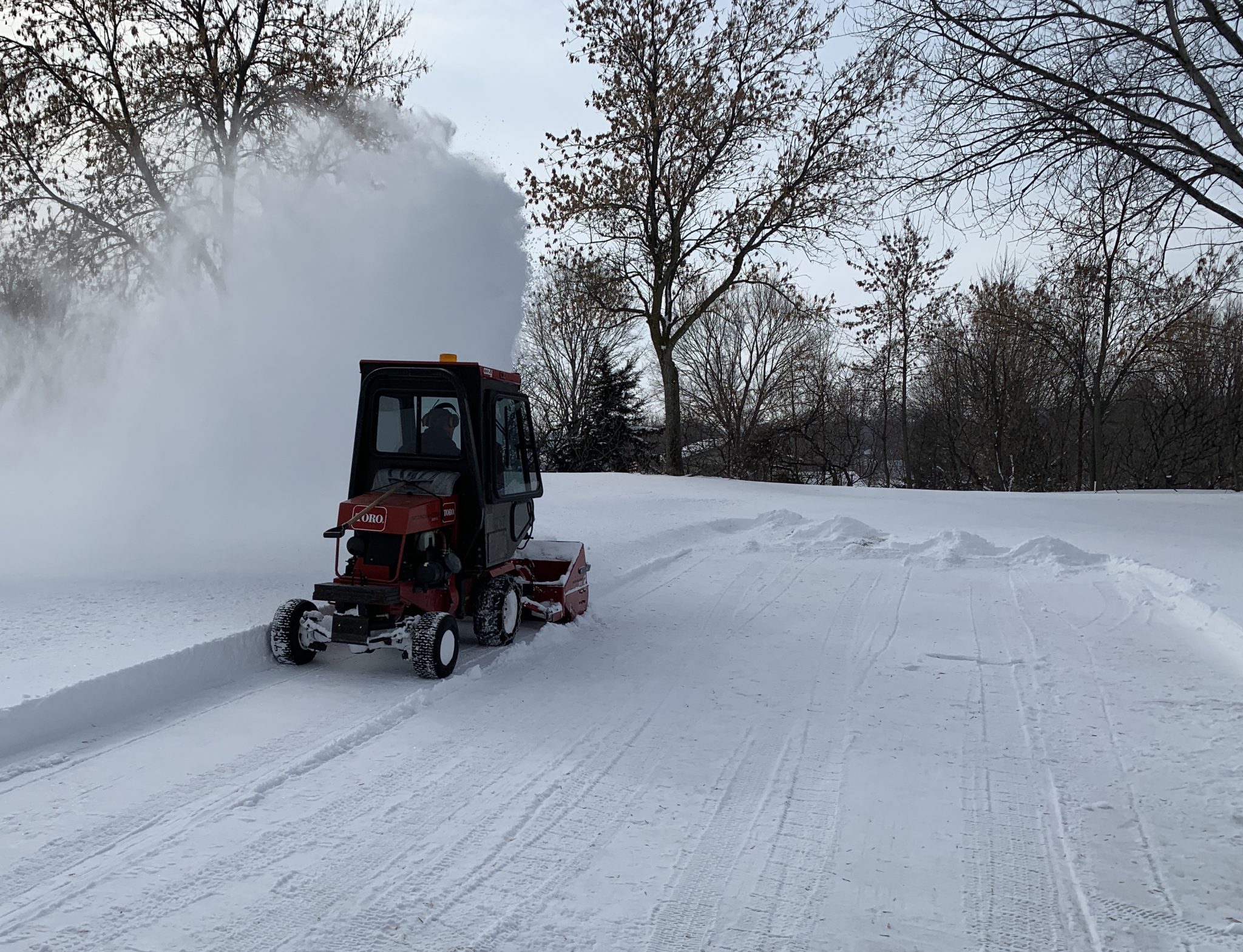 Removing the snow and ice

Over the last few weeks we have been keeping paths to greens open, and also removing much of the existing snow from the green surfaces. This allows us the ability to act quickly once weather forecasts look favorable for applications of dark sand & fertilizer on the thicker sheets of ice. The dark materials will absorb radiant energy and start to melt through the ice layer. Frequent snowfalls don’t allow the materials to heat up and work, so we are holding off on spreading them. When we feel we are at a tipping point, we will use the aerifier to crack and break up the ice sheets to get air to the turf & soil.

You never know what winter will bring

In years past I have seen some very thick ice sheets on greens at Island View Golf Club. One winter we had over five inches on hole #2 for nearly three months, and the green came through it in decent shape, with no ice removal. Other times we opened up channels, scraped ice, and tried to open things up a bit, but still had turf problems. It all shows the variability of the turf system and winter weather effects, and also the variability of taking action or not. Regardless of the actions we take this time around, we are preparing game plans for some expected turf damage due to the winter conditions. This includes stocking up on needed seed, and prepping the proper equipment for quick action in the spring. We have seen a lot of snow melt in a very short time – let’s hope this is one of those times, and that it comes pretty soon!